We are writing in response to the review paper by Iona Novak et al (DMCN 2013), a conclusion of which is to give the ‘red light, don’t do it’ to NDT-Bobath. Before accommodating this drastic step of outlawing a particular approach, we believe it is important to attempt to clarify exactly what the Bobath approach or concept is, and to correct some misunderstandings about it, using previously published material.

Dr Karel Bobath, a medical doctor, and his wife Berta, a physiotherapist, developed the Bobath approach 70 years ago in the United Kingdom at a time when it was thought that little could be done to alter the pathology or the participation of people with stroke or children with cerebral palsy. Neuro-Developmental Treatment (NDT) is a name coined by Mrs Bobath, and used by ‘Bobath’ practitioners in the USA and elsewhere (Mayston 2004).

Dr and Mrs Bobath were among the very first to recognise and write about plasticity within the nervous system as well as the relevance of sensory disturbances, sensorimotor learning, individualised goal setting, outcome measures, activity limitation, functional participation, home programmes and parental education long before these terms were officially coined. (Bobath B and Bobath K in Foreword to Finnie 1968, Bobath B 1970, Bobath & Bobath 1984)..

The Bobaths also wrote in 1958 about the importance of motor learning based on a child’s own activity “…therefore one of the greatest art of the treatment is to know where and for how long to take our hands away, or to release our hold, so that the child has a chance of his own control whenever possible, even if only for a moment at first. This has been reaffirmed in current models by authors in the field of Motor Learning such as Schmidt and Lee 2005 “…learning cannot be measured directly – instead it is inferred based on behavior.” *

In her editorial in Physiotherapy Research International 2008, Margaret Mayston a Senior Teaching Fellow at University College London, as well as a Senior Bobath Tutor who has worked with Dr and Mrs Bobath, states that ‘there is an urgent need for an integrated approach to neurorehabilitation that is not based on approaches, but rather is client based with a sound theoretical, and where possible, evidence base. This does not negate the practice and teaching of Bobath-based therapy, but requires a shift in focus to recognize Bobath as a contributor to client-based neurorehabilitation, not the leading actor who wishes to be centre stage at all times.’

Mayston,(2008) gives the current view of the Bobath Concept and a reasoned argument for continuing use of a Bobath-based approach; an approach which has given thousands of therapists worldwide a framework and a sound basis for analysis of the complexities of cerebral palsy, a heterogeneous group of conditions, as well as empirically observable results, often transferable to improved levels of activity and participation (Bain 2012, Knox 2002).

Bobath analysis as a tool, can be used with every type of neuro-disability. It involves ‘observation, analysis, interpretation, experimentation, outcome measurement’ (Figure 1, Mayston 2008). A unique aspect of Bobath is the close experimental relationship between assessment and treatment (Bobath B 1978, Bobath B 1990). In other words Bobath practitioners aim through ‘trial and error’ to find what makes a new skill or part of a skill, possible or easier to achieve. They do this using the client’s own active or active assisted movements. Uniquely developed specialised handling to reduce hypertonia is used where appropriate, but this is not ‘passive’, and to describe Bobath as ‘passive handling’ Table 1 (Novak et al) is inaccurate.

The Bobath approach is holistic, covering all areas of daily life and includes advice and carer training regarding handling, equipment and other modalities.(Bobath & Bobath 1984). This is reflected in Nancy Finnie’s well-known illustrated book ‘Handling the young child with cerebral palsy at home’, first published in 1968, the third edition published in 2009. Finnie was a physiotherapist and one of Mrs Bobath’s early protégés, who worked and taught with Dr and Mrs Bobath for many years. Nancy Finnie dedicated her early editions to Berta Bobath and acknowledged her years of invaluable experience to them both. Her practical and parent friendly book, remains a standard volume on paediatric therapists bookshelves.

Mayston writes “Bobath (1990) stated that ‘the emphasis in treatment is now on the active participation of the patient with the therapist…’. The current emphasis on active participation was an integral part of the Bobath Concept even back then.” The Bobaths themselves did not claim that the Bobath approach was the only one ‘on the market’. Mayston (2008) refers to Karel Bobath, who in his speech of response on receipt of the Harding Award in 1975, said that ‘there are other methods and ways of treatment and that these should be explored’ (Bobath 1975). Additionally Mayston quotes Berta Bobath who, in at least two publications (Bobath 1970; Bobath 1978), explained that other techniques described by other workers may also need to be used at certain stages of treatment.

Mayston notes that Mrs Bobath’s other important statement, can be found in the Introduction to the third edition of the book ‘Adult Hemiplegia: Evaluation and Treatment’ (Bobath, 1990): ‘We all learn and change our ways of treatment according to our growing knowledge and experience. . . for better or for worse. Such changes are good and necessary and will continue. But the Concept from which they have evolved should remain intact . . .’ According to Jay Schleichkorn (1992), Mrs Bobath attributed the continuing positive impact of NDT (Bobath) to ‘ I think I learned all the time; I changed it according to what I learned….it wasn’t static’.

Due to the heterogeneous nature of cerebral palsy, Bobath ‘therapy’ involves using personalised combinations of specific analysis with clinical decision making and empathetic advice. So therapy sessions may vary from therapist to therapist, and each session may be different, depending on the needs, priorities, and responses of the client and their carer at that time. This can make comparisons of Bobath ‘therapy’ difficult and confusing as noted by both Novak et al and Mayston in their papers.

The effects of many localised interventions such as botulinum toxin, are not sufficient on their own, but are usually optimised by physiotherapy. The effective outcomes of such localised interventions, are also much easier to measure as they work at only one level of the ICF, than of an analysis tool such as Bobath, which may be applied over several domains of the ICF..  .

As Mayston (2008) also writes ‘it is also important to bear in mind that aspects of the Bobath approach could be useful, and a lack of evidence does not mean that empirical strategies that seem to work should be discarded. Rather, the challenge is to provide the evidence for their efficacy.’

As Bobath tutors and practitioners, we constantly strive to improve our standards of training and treatment, so that Bobath practitioners are a credit to the name of NDT-Bobath. Berta and Karel Bobath have provided a lasting legacy which we would be foolish to discount.

*Acknowledement: Evi Sideri Senior Bobath tutor and the Spanish Tutors Organisation, who linked and used the references in paragraph 4 for their presentation at the EBTA Congress in Madrid 2010. 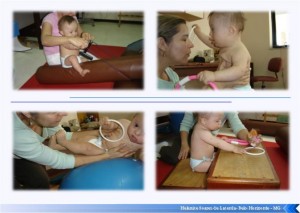 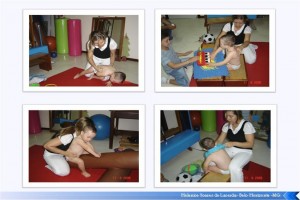 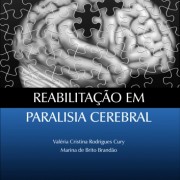